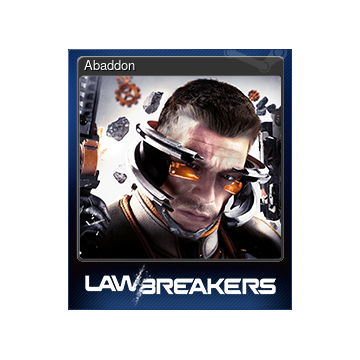 Abaddon mourned her in his own way. There was no funeral, as he did not want a show of pity, and neither would she. His wife died a warrior, a hero, fighting by his side even as breast cancer ravaged her body. The grief-stricken middle-aged man prepared the corpse himself, lovingly wrapping her in a tarp, with what little belongings she claimed as her own.

She valued her bible, her rosary her wedding ring, and her gun. The first three items were prepared with her remains but the last was saved for the ceremony.

He placed his beloved wife’s body in a wooden boat, one that he had crafted from the scrap remains of their marital bed. With a few blasts of her proton rifle, all that she was (in this world) was set ablaze.

“Goodbye, my love.” Abaddon kicked away the vessel before hurling her weapon into the flames.

As the wooden vessel floated down the Mississippi River, he fell to his knees, both in sadness and prayer. At age fifty-one, he had lived through too much; war, famine, a revolution that overthrew the government. Abaddon was considered an accomplished man, someone to be admired. But what Abaddon wanted, more than anything, was a second chance.

Death was permanent, even he knew that. However, time was not.

With his broken heart and brilliant mind, Abaddon sought out what was deemed illegal, even in the current year of 2181. The journey would be one-way, he would be trapped, unable to return to his current life. His followers would likely think him dead.

But anything was better than life without her.

It didn’t take him long to gather the supplies. Abaddon had researched the process, it was a very specific series of chemical reactions, starting with a plate of pure silver. Each chemical combination resulted in a colorful flame, that stayed in place as if frozen in time. The colors layered, molded, creating a dark purple portal. All Abaddon had to do was step through.

He took one last look at his life; a well-equipped mansion of a fallout shelter on the Louisiana border, relics of the dictators he dethroned, all the lives he saved. He could do it all again.

He would do it all again; reform his army with his queen by his side. With all manner of courage, Abaddon took one step, his skin tingling all over.

‘Two steps.’ The flames were forming a vacuum pulling him closer cell by cell. The sensation was sharp pressure, followed by intense pain. There was no turning back.

It took every ounce of strength to move one last time. ‘Three steps.’ Abaddon found himself falling into darkness.

He no longer had a physical form; he was just a mass of energy, feeling everything and nothing.

Abaddon knew he needed to focus or else he risked being trapped in the ether.

He could see her face, her dark eyes that shimmered, her skin the color of coffee with cream. Would he ever find her?

Abaddon landed hard on his back. But the pain was minimal, fleeting. Opening his palm, he could feel texture which appeared to be that of an asphalt road. This gave him the much-needed courage necessary to open his eyes.

He nearly cried upon seeing the peaceful beauty of the starry night sky. Was this earth? He took a breath of air that tasted dry like the desert. He was alive, but the moment he turned his head Abaddon was confronted by a wall of blue fire. Unsure of his surroundings the man was momentarily too afraid to move.

That was until he heard voices; a young male and female, possibly teenagers. they were arguing over the best way to pull Abaddon’s body from the fire.

“Get the tarp!” shouted the male. The female did as he asked and together, they covered Abaddon and proceeded to drag him free of the fire, into the safety of their hideout.

Resting on the mattress, Abaddon got his first look at the girl.

“Are you injured?” She asked, in a sweet, sensual voice. HER voice; it was a perfect mix of British, Jamaican, and Colombian.

Abaddon blinked for a moment unsure of what he was seeing. The girl was younger than his wife, but their features were the same. To see her big eyes looking at him with such compassion.

That was when he knew he could survive this world. “I think I’ll be just fine.”