With the ghost of Kelsey’s mother in the passenger seat, Luke felt calm, perhaps even a bit brave, as he drove into Reno.

The sexy brunette had on a faded yellow cowboy hat, pink sunglasses, and was sucking on a lollipop. “Pull into the parking garage of Circus Circus.”

Luke couldn’t help but smile. “You look so much like her.”

“I look like my daughter? Yeah, I’d hope so.” Her transparent image seemed to be overlaying Kelsey. His wife was beautiful but at that moment, within the drama of chasing down their daughter’s kidnapper, she looked dreary and older than her actual years.

Luke entered the parking garage, as expected there were no spaces. “So what now?”

“What is this- Harry Potter?” he asked jokingly.

“You mean the book series written by the immortal undercover witch, about her nephew’s daughter’s son?” She chuckled as she faded into Kelsey, their bodies merging into one until all that remained was Kelsey wearing the hat and sunglasses. “What the?-” She took off the sunglasses, handing them to Luke. “Look!”

Luke looked through the glasses. The lyrics of ‘Palisades Park’ by Counting Crows seemed to be written across the walls of the parking garage.

“At a crosswalk in Reno, Nevada,
Wearing nothing but air and a pair of grey paper wings
Andy thinks, “Man, I have got nothing to wear…”

Luke followed the words and as expected they ended at a space between 666 and 667. He turned back to look at Kelsey. “Maybe you should stay here.”

“No.” Kelsey stood up on her now healed legs. “We’re going to find my daughter.”

Luke had seen the Harry Potter movies- and at that moment he was picturing the scene when Harry and Ron missed the train and therefore missed the ‘secret wall entrance.’ Luke was not about to charge headfirst at a wall that may or may not be a portal.

The two fell through, landing face first on the floor of what appeared to be a casino. The place was an assault on the senses; bright lights in every direction, music and slot machine sounds rang through at a deafening volume. With his eyes closed, Luke focused on a single sense; he could smell …salt water? There was a pool or an ocean or maybe even an aquarium- and he needed to find it. “This way. Remy said he was going to take the kids swimming. That’s what we need to find.”

“A pool? An ocean?” Kelsey took his hand and walked with him.

They had been walking for only five minutes but the ambient sound seemed to be oddly calmer.

Her happy, hopeful, tone caused Luke to open his eyes. “Wow.” They were walking through a boardwalk amusement park, under a calm night sky.

A roller coaster roared, children laughed and screamed, this place seemed perfect- almost like heaven. The further they walked the more of the scene appeared to render; shops, rides, snack booths, until the couple made it to the beach.

Under the starry night sky, Luke could see Lucas and Shannon playing in the shallow water. 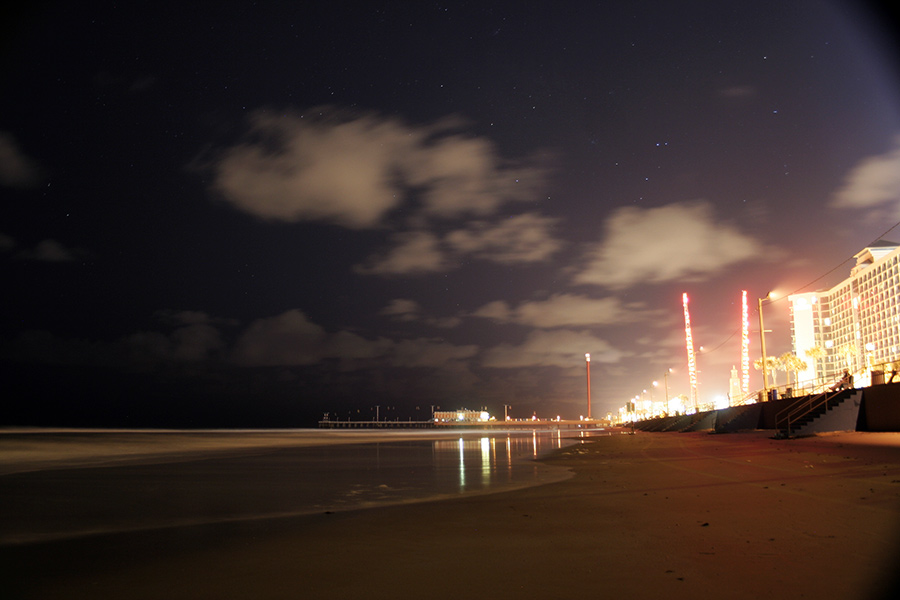 Remy was watching over them, holding the little girl in his arms, as Lucas splashed them. The trio looked like a happy family, but they were not alone. The scene was full of transparent figures; men, women, and children. Some looked happy, others looked lost, depressed, a few even appeared angry.

“The souls of the damned,” Vega said from behind.

Vega chuckled. He stroked his arm along the body of an invisible figure. “I am, especially now that I have Leanna.”

A woman appeared on his arm, she was bi-racial or maybe a Pacific Islander. But she seemed to only be able to smile- like a mannequin or a really detailed doll.

“This is my word, my happiness,” Vega explained.

“Is this really all you want?” Luke asked. “A family, a kingdom-”

“Um, why? You could literally summon anyone,” Luke remained calm. Vega was acting rational, so there was no reason to be combative.

“But Shannon…” Vega waved his hand to freeze the scene. He walked to Remy and Shannon. With a smile, Vega reached down to touch the little girl’s cheek. “Shannon is a lure.”

“Observe,” Vega’s voice was filled with happiness and light. He smiled at the little girl.

Shannon smiled back with a precious giggle. “Papa.”

The word made Luke sick to his stomach. There was something so happy about her voice.

Shannon looked up at the moon (or what appeared to be the moon in this reality.) Her smile alone seemed to draw in a heavenly light. And this light seemed to act as a magnet or bug-zapper for the dozens of angels who were pulled through the light, falling into the water, where they were quickly devoured by the horde of spirits.

Luke glanced at Kelsey who was clearly as horrified as he was. But strangely Lucas, Shannon, and even Remy did not seem to be aware of the massacre that was happening right in front of them.

With a snap of Vega’s fingers, the sky returned to its former sparkle. “Good job, baby. Good job.”

Shannon turned her head, first to the side, then all the way around, like an owl. “Le-le is Mommy.” She reached are arms out to be held by Leanna.

Leanna opened her mouth to speak but got out only a breath before Vega shushed her. “Take our baby to join the feast.”

Leanna bowed her head as if to apologize. She then walked back to Remy who appeared to be frozen in time. She glided her nail across his neck, deep enough to draw blood.

Remy leaned into her touch, seemingly moaning with pleasure as she tore out a chunk of flesh from his neck. She licked her fingers then offered the bloody flesh to Shannon.

She looked at Leanna’s hand with confusion for also curiosity. “Yummy?”

Kelsey shrieked aloud, inhuman, shriek and charged at Leanna. With Luke lost sight of Shannon as his wife wrestled the other woman to the ground.

Luke knew he needed to do something. But he was afraid of what Vega’s next move would be. There was no way he could take on Vega. Or was there?

Johnny and Azzy were someplace, he just needed a way to find them. He needed to escape and there seemed to be only one way out- the ocean. Luke didn’t want to abandon his family, so int he split second he reached for a and grabbed one single item; the hat- the yellow-gold cowboy hat.

The hat that somehow found its way from Kelsey’s mother’s ghost’s head to Kelsey’s. He clutched the hat to his chest and dove into the water, hoping there would be some kind of light; a tunnel, a sign- anything to show what his next move should be.

“You are such an idiot,” said a voice in the darkness. “You took my hat?”

Luke brushed himself off. He appeared to have landed in a cave system.  But looking up he could see- water. “Where am I?”

“I saved your sorry butt.”

“What?” his head was pounding as he looked up to see who was speaking.

Kelsey’s mother held Shannon in her arms. But they were covered in blood.

Luke was confused until he took a look around. The room was full of body parts; arms, legs, a few torsos, and many MANY wings.  “Is this the garbage pit?”

“You could say that.” The angel fidgeted with the toddler in her arms.

Shannon was trying to taste the gore. “Yummy!” she cried.

Luke immediately vomited, despite the fact, there was nothing in his stomach but water. “What do we do?”

“Find Azzy and Johnny, without letting the demons get a hold of my granddaughter.”

But to Luke, it appeared too late. She wanted to play in the blood of angels.

Azzy’s husband had never left Wisconsin. Thanks to his power he was able to offer them a way out of Reno. “You’ll be safe here.”

Luke took a step through the portal, into the Wisconsin hospital.  “I thought you were dead.”

“If we could, trust me I would have,” Johnny said as he reached for little Shannon. He stroked the little girl’s cheek. “Only the living have souls. When we die we are given the choice- to relinquish our souls and ascend into heaven as the perfect beings that God always meant for us to become.”

Johnny smiled with a tear in his eye. “Or to stay here on Earth and become like Vega.”

“Or like you,” the words fell from Luke’s lips. “You’re almost as powerful as he is.”