A light echoed through the cave as Elena struggled to keep hold of the sword. “You’re Gaia?”

“I am, and as the spirit of this sword, let me guide your hand.”

Elena held the sword with both hands. “Take me to Isaiah.” She raised the sword and struck the wall. A golden crack started to form. She took a breath and swung again. Rocks fell from the ceiling, splashing into the water until it was clear of all Kaylinani’s henchmen. They may be undersea predators but they were still just fish.

Kaylinani stood before her in all her giant-stone-turtle glory. “You will never find him.”

“I already know where he is.” Elena looked at the stone turtle. She was the size of a monster truck, but she was covered in red metallic veins. “You told me your father is Hephaestus, you admire him.”

“Which is why you hold Isaiah close to your heart.” Elena charged at the stone turtle. Sword drawn, she hoped Gaia would do the majority of the work. Elena managed to ram the sword into one of the red veins, which were not veins at all, but seams.

“Your father was God of the forge, so you forged yourself a new home, a new world,” Elena gave the sword a hard twist, “a new body.” She removed the sword to reveal a glowing red hole.

Kaylinani screamed, causing an earthquake. Water rushed in from all angles, threatening to drown Elena.

But Elena had nothing to lose. She reached in a pulled out the small turtle with a blood-covered shell. “Isaiah!”

The little turtle looked at Elena. “I knew you’d come for me.”

Elena could feel how weak he was. His tiny body was trembling in pain.”How do I save you?”

“The same way you did last time.”

“Kaylinani saved you last time,” Elena said as she struggled to stay on her feet. “She shared her powers.” The ceiling was caving in. She held the little turtle close to her chest to block him from the falling debris.

“Kay took my wings,” Isaiah said, in a voice that was no longer cute. “I need to take something precious that belongs to her.”

Elena had no idea what he meant, there was no way she could take a piece of Kaylinani. Suddenly a falling rock hit her in the face, cutting her cheek deep enough to draw blood. As her blood touched Isaiah’s shell she noticed he was healing. “No, you don’t; you don’t need anything from Kaylinani.” Elena turned the sword on herself. “Take my heart. It always belonged to you, Isaiah.” Before she could change her mind she plunged the sword into her chest.

Elena could hear Isaiah’s cries as her vision started to blur. Her blood mixed with the ocean water and within seconds the cave was flooded up to her neck. The last image she saw was Isaiah taking human form; his long hair hanging wet over his shoulders as he picked up the blood-covered sword.

Elena awoke in a hotel room. She gasped for air. Her body was shivering. Had it all been a dream? “Isaiah?” She stepped off the bed into a pool of water.

And shells. the floor was covered in seashells like what Elena had worn in the cave. she looked at her naked body: there was a massive scar in the middle of her chest. It had been closed with a strange golden thread. “Isaiah?” She looked through the closets for something to wear, if only to cover herself. But this was a new hotel room, somewhere she hadn’t been before. And there were no clothes in the closet.

Elena pulled the thin white comforter from the bed wrapping it around herself like a dress before opening the curtains. “What the f-?” This was not Hawaii, this was the desert.

And this was some kind of roadside motel overlooking a vast empty wasteland. She looked around to the other rooms in the motel. It looked deserted. But there was a working cash register with a working credit-card scanner. This place was a shop? She noticed there was a fridge with water and a place filled with snacks. If this was a gas station or a store there had to be a sign somewhere.

There was a hand-painted wooden billboard. “Turtle Rock Extreme Desert Tours.” Her heart started to race; where the hell was she and how did she get here? She could hear what sounded like a bird but louder. Elena looked to the sky and saw a plane. It appeared to be headed back towards the hotel.

As it landed she could see it was not like any man-made plane that existed. The plane looked small, like a someone’s private jet. But when it landed, it was billowing smoke.

Elena took a few steps closer. It wasn’t smoke, it was steam. The exhaust smelled like the ocean. The plane landed with a wave of sparkling light. She was expecting a group to get out but there was only one man, the pilot. He was muscular and wore sunglasses and his dark hair was short, professional. But when he turned to her his smile was unmistakable. “Hey, Lena.” 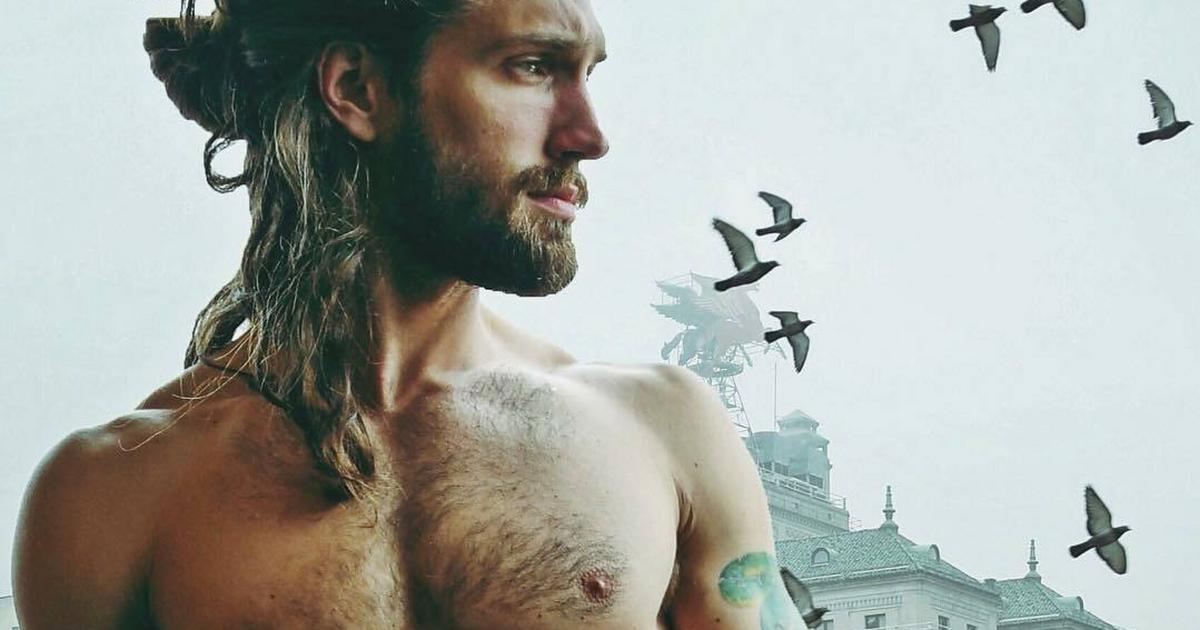 Elena fell to her knees and sobbed. “Isaiah, what happened? Where are we?”

He took her in his arms. “Come flying with me?”

“Can get something to wear?”

“Not that you don’t look beautiful the way you are,” he said in his sultry surfer voice. With a wave of his hand Elena was now wearing a flight suit like something a military pilot would wear.

Elena took his hand. “Where are we going?”

This had to be a dream. Was she dead? Was this heaven? She noticed Isaiah didn’t take a seat in the cockpit. The plane was taking off and flying itself.

She looked out the window at the amazing view, then back at Isaiah. “What happened?”

“A little over a month ago I defeated my sister and finally took control of my life.”

“Yeah, you’ve been asleep for a month. I hid you in the hotel section of my new tour shop. I mean, it was a hotel originally, when I found it…”

Elena gripped his arm. “I was asleep- after I cut out my heart?”

“You saved me. You and Mother lent me your powers, your courage. And with that I succeeded.” He patted the wall of the plane. “Isn’t that right, Kay?”

Isaiah chuckled and gave the wall a hard punch. “Play nice.” His hand glowed with a white energy similar to what Elena had seen from his mother. Was it possible he now wielded the full power of Gaia herself? He ran his fingers through his hair causing it to grow back to it’s original long length, complete with beaded braids. “It’s almost time, everyone’s waiting.”

He took Elena by the hand and opened the side door. The wind rushed by with such force she nearly fell out.

Isaiah grabbed hold of her. “I spent the last month waiting for your to regain enough strength to wake up. I’m not going to lose you now.” He strapped a parachute to her back. “I’m going to dive with you, pull your chute then I’m going to meet you on the ground- understand?”

“Yeah,um, ok,” Elena replied over the wind. She let him do just that. After a few seconds of falling her chute was opened and she started to float down to a grassy field.

From the view she could spot what appeared to be the Grand canyon. It was like California, Arizona and Nevada all compressed into a single space. Elena landed on her knees, the parachute falling over her.

She scrambled to her feet in time to see Isaiah making an elegant landing with his newly regrown wings. And applause. There was a crowd of people waiting in this field oasis.

“All hail the queen!”
“The queen has awoken!”

People were reaching out for Elena; touching her, grabbing her. Luckily Isaiah came from behind and pulled her close. “My queen.” He waved his hand and caused the a trees to become ripe with fruit and flowers to bloom. It was as if he was painting with all the colors of the world. He turned Elena to look into his eyes and as he did, he touched her stomach causing it to swell.

Elena fell to her knees in pain. “What’s happening? What have you done?”

“You will serve your true purpose, to give me a child.”

“I have learned the ways of your world and started one of my own.”

‘A cult, you started a cult.’ Elena smiled through the pain of her stomach muscles and organs arranging to accommodate a rapidly growing fetus. “So you run a farm?”

“My people live on a farm. But I own whatever I please; the ocean, the sky, my traitorous sister. But I want only to stare it with you.”

“What exactly happened after I stabbed myself?”

“You saved my life. Your blood restored my wings, with it my power. During the battle your body drifted to the surface but after I used my mother’s sword to disembowel my sister she begged me to spare her life.”

Elena was wondering where he was going with this story. “Oh?”

“I told her I would, only if she would lead me to your body. Kay called upon her army of sea creatures to find you, but you were already dead. – mostly dead. You had a light glowing within your womb; our child. She offered to give her life force to save you. And now all that remained of my sister is the shell of her armor.”

“That you made into a plane for skydiving classes.”

“You and Kaylinani are forever bound together as one life force.”

“Oh, ok…” Elena touched the moving growth in her stomach. She didn’t know what to make of his statement. Did she have Kaylinani’s powers, did Kaylinani served her or, worse, was Elena going to give birth to Kaylinani? Either way it would be a small price to pay to be a queen and rule by Isaiah’s side.

1 thought on “Ocean Prince 6: Heart of the Matter”