What would you think if I sang out of tune
Would you stand up and walk out on me?
Lend me your ears and I’ll sing you a song
And I’ll try not to sing out of key…

A certain web-comic once said.

“The life you’re living right now is a dream for many people.”

It’s a statement of hope; if things could be worse than life also has the potential to get better. But as someone who struggled with depression and addiction, I know that when you’re at the bottom of a pit looking up a pinhole of light, it can be difficult to stay positive.

In Dakota Son, Sean Foster has lived with cystic fibrosis since childhood. Through no fault of his own, he had been sentenced to a lifetime of physical, emotional pain and hospitalizations. For someone on the outside looking in, the only bright side to his bleak story would be that said ‘lifetime’ would not last as long.

The inspiration for Sean’s illness came from the film 65 Red Roses a movie about young people living with CF, chronicling their daily struggles and victories. This led me to research CF Youtube channels like The Frey Life that showcase the medical reality of CF but also, how great it can feel to live like there is no tomorrow. 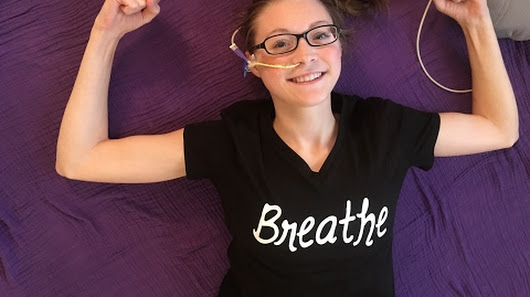 On the topic of mental health:

“Happiness is only real when shared,” a quote from Into the Wild, the story of someone trying to find their happiness while dealing with the confusion of depression and possibly other mental illnesses. This inspired my portrayal of PTSD.

Posttraumatic stress disorder is a mental disorder that can develop after a person is exposed to a traumatic event. Symptoms may include disturbing thoughts, mental or physical distress to trauma-related cues, and an increase in the fight-or-flight response.

I have never been deployed but as a veteran, cancer survivor, and assault survivor I had a lot of dark pent up emotions that I channeled into one particular character.

Diego Quinto is someone who puts on an act of confidence, despite having one foot firmly planted in the aforementioned pit of despair. He is a disabled veteran due to an injury sustained during a deployment. Although the story behind his injury is the absolute definition of PTSD,  his marriage and family life compound the degradation of his mental health. With only his inner voice as guidance Diego is forever reminded of how he was a failure as a soldier, as a leader and now as a husband and father.

What we, as a society, can do is raise each other up, with praise, positiveness, and hope. My goal for Dakota Son can be summed up with a quote from Pacific Book Review-
“Dakota Sun is a novel that will make readers, laugh, cry, and encouraged to do more for the people they love.”

And for those stuck in the pit, keep looking towards the light. It may take time but eventually, there will come a lifeline.

AND- Free for a limited time on Bookgrabber