There is a type of girl who writers aspire to create and small-town girls aspire to be. ‘Small town’ being a concept that is up to interpretation. Growing up I considered San Francisco to be a small town because I knew everything there was to know and seen everything there was to see- and I wanted out.
This inspired the characters of Dakota Son; people who want to know the world beyond.

Starting with ‘Looking for Alaska’-

Alaska Young from the novel ‘Looking for Alaska.’ She was a human puzzle box. The novel that takes place in the deep south, is told from the point of view of the male lead who sees Alaska as a free-spirited dream girl. But she is a free spirit only because she mastered the art of pushing down the truth of her past, her actual pain.

She shares Alaska’s big dreams of academic pursuits outside of a small town state (For Alaska Young it’s Alabama, for Sara it’s North Dakota.)And both girls are raised by single parents. Alaska was raised by her dad after the death of her mom (which changed the course of Alaska’s life.) While Sara was raised by her mother after losing her strong, heroic father at the age of 3.

Sara did not lose her father through any fault of her own but the hole left by his absence noticeably molded the teenager she became. Her boyfriend is a paramedic, a hero. She strives to be her sick brother’s savior. And when a certain person comes into her life she feels a deep-rooted obligation to save his soul.

Next up- Paper Towns

Paper Towns is another book with a male narrator who crushes on a free-spirit. Margo Roth Spiegelman (he always calls her by all 3 names) was his friend from childhood. As kids, they found a dead body together. As teens, on the cusp of graduation, Margo goes missing. She is found in New York where long story short she had been writing a mystery/fantasy story about the day they found the body and the exciting, dare-devil lives they’ve lived since. All because she wanted her friend to strive for more than an average life.

Jen, much like Margo is known by 3 names but only goes by the one that fits her best. She and my,  main character, Sean share a unique past, that causes her to want to search for a different, more fantasy driven future.

She wants to live like there’s no tomorrow because for many people in her life there wasn’t. We have to honor this life that we are given, no matter how difficult, so when we close our eyes for what lies beyond we will do so with a sense of fulfillment maybe even joy. 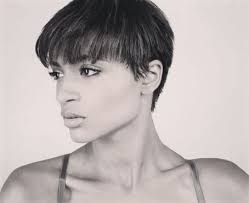 And Finally- The Fault in Our Stars

The Fault in Our Stars is about Hazel Grace Lancaster, a girl dying of late-stage cancer. Oddly I had early stage Thyroid cancer (which only required one round of radiation and yearly checkups) but Hazel’s thyroid cancer had metastasized to her lungs. But that didn’t stop her from living her best life.

In earlier drafts Sean’s parents used to be much more over protective. Similar to Hazel’s family they wanted to keep their child around for as long as possible even if that meant locking her away like a doll.

But as my story evolved I placed more emphasis on Sean’s illness. Since it makes more sense to create a character who is more in charge of their own destiny. He can be too sick to get out of bed, but he will get out of bed- because that is his choice. Never give up, never surrender, not even to your own body.

FREE FOR A LIMITED TIME ON BOOKGRABBR!