A few days ago I left my therapist. In addition to her constantly asking- “What would happiness look like?” “What would it feel like to be completely  free of depression.” When I told her about how I had a panic attack but I managed to calm myself with the use of meditation. I thought this was a win. But then I went and added, “Before I was sober that panic attack could only have been cured by drinking myself into mental clarity.”

This caused her to ask. “So you still struggle with the urge to drink?”

I asked, “That depends what you mean by drinking.”

She said, “You know glug-glug.” Complete with the hand gesture.

There is a difference between an alcoholic and an addict. An alcoholic is that creepy uncle who always talks funny or that girl who stumbles out of the party with puke all over herself. Why? Because at some point in the evening he or she is having fun.

An addict is an addict because we need to feel normal. We need to be able to sleep or wake up or concentrate. Or we just need to calm down.

So how does this relate to my username?

It all about Gary Dourdan. 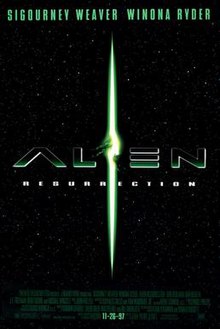 Alien Resurrection was released in 1997. I wanted to see it because it featured Michael Wincott of The Crow (who is the first of his crew to die.)  The space pirates all have their skills but none so unique as Gary Dourdan’s character, Christie. This is how he walks through security.

Because his guns are attached to a rig on his back. This leads to a problem. When the Aliens get loose and the Military want to round up the space pirates. The security officer shouts “Drop your weapons!”

Christie tries to inform the officer that this is not possible but with no response, he has to resort to the making the coolest headshot in the history of cinema. (Which I cannot locate on youtube…) He fires a calculated shot at the ceiling. The bullet ricochets a bunch of times before nailing the officer in the head.

That was the Gary Dourdan I admired; that kick-ass creativity. There were also other movies where he played sexy leading men or just cool guys with dreads. Then came CSI.

His character Warrick was known for struggling. He grew up with no family, he had a gambling addiction, as well as a slew of failed relationships. But if there was a very emotional witness/victim (such as a child) he would be the one who could gain their trust because he knew what it was to hurt but to also find courage and strength.

So perhaps it’s ironic that he got fired for struggling.  They say that his exit from the show had nothing to do with his drug addiction, but it all comes down to what you chose to believe.

A show can write a character off in any number of ways, but to KILL him off means “You’re Fired.” I say this because CSI was well known for writing characters off THEN allowing them to come back years later.

Anyway. What does ‘Dourdan’ mean to me? In high school, it represented someone superhuman. Someone creative, innovative who stood his ground. 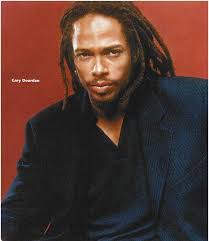 Now, as a recovering addict, the name represents someone who can rise above. Someone who can find joy in a new life, and a new outlook.

As for me, I got a new therapist and some new pills. We’ll see where things go from there.