“You’re lucky, rooming with Clover,” said Abby, the young nurse. “Whoever rooms with him goes into remission within the year.”

“You don’t say?” I was forty-five, with pancreatic cancer. I welcomed any good news.

Lorenzo extended his arm for a handshake. His smile glimmered, despite his trembling hands. “B-brain cancer, don’t worry it’s not contagious. In fact, it’s so safe I stopped treatment.”

“I’ve been living on borrowed time and nutritional supplements.”

“Got any jokes about pancreatic cancer?”

He shrugged. “Cancer seems to be the pancreas’s only function?”

“Good one. I think we’ll get along fine.”

After unpacking I left for my intake appointment. When I returned an hour later Lorenzo was sitting in a wheelchair, facing the window. I could hear moaning, Lorenzo’s silky voice whispering in Italian.

I snuck closer. Hiding in the shadows, I was at the perfect angle to catch the reflection of the window. I could see everything.

Abby was on her knees. Her face was partially covered by his hospital gown. Lorenzo was stroking his fingers through her hair, even massaging her neck. It wasn’t long before I became uncomfortably aroused.

I got in bed, closed my eyes. Moments later, Abby appeared with a towel. “That Hospital policy?” I asked.

“I can suck you off too,” she offered.

“But you and Lorenzo?”

“Are we romantically involved?” she chuckled.  “No.”

“My Uncle Gianni was Clover’s partner. He died in this hospital. So now, in his memory, I bring peace to those who need it.”

Next day, I was escorted by Abby to the radiation clinic. “You!” an old man shouted. “I heard you’re rooming with the pot-head.”

Abby stood up. “Lorenzo is here for chronic pain. Not that it’s anyone’s business!”

“The guy is homeless, living here on the taxpayer’s dime!”

“He’s still a human being!”

“Hey.” I took Abby’s hand, to try and calm her. “How long as Lorenzo been here?”

“Four years. He has nowhere else to go.”

That night I awoke to the sound of sobbing. “Lorenzo?” I got out of bed for a closer look. I mean, the guy had been here for four years. I assumed he knew how to call for a nurse. Something had to be terribly wrong.

Standing over his bed I see his body was shivering, boarding on convulsions. “Get help,” he pleaded with me in a weak breath.

I hit the closest call button, “I think my roommate is having a seizure.” 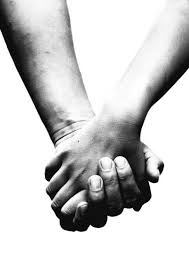 “I won’t.” I couldn’t get to sleep even if I tried. I touched his face, he was burning with fever.

Lorenzo leaned on my hand, his tears falling on my skin. “Thank you.”

I felt the urge to kiss his forehead. “Do you have any family?”

He shook his head.

I kissed his nose then his lips. Lorenzo’s beauty was breathtaking. I had never wanted anyone more.

As he closed his eyes, Abby appeared along with the trauma team. I could see Lorenzo’s vitals were dropping.  Abby helped me back into bed. “Try to get some rest.”

“Sure,” she said pulling around my wheelchair. “It might lift his spirits.”

“You’re wearing a hospital gown. Trust me- you’ll be more comfortable if I give you a ride.” Abby allowed me into his room. She immediately left, locking the door.

“How are you doing?”

“Just tired of living, I feel so alone.”

A sudden rush came over me.  I stood up from my wheelchair, approaching his bed. “May I hold you?”

There was plenty of room as I entered the bed. Holding him close, I stroked his face; his forehead, down his jaw, to his lips.  “Ti Amo…” I said. I don’t speak Italian. I turned his head, and we started to kiss. My hands explored his body, careful of his feeding tube.

Another voice was answering for me. “Yeah, it’s me.” I position his body facing away from me, my naked legs entangled with his. “I missed you.” Kissing his shoulder, my hands grip his thighs. “I want you.” Before I knew it I was inside him. I had never made love to man.  But Lorenzo wasn’t just any man; he was my lover, my life, my world.

Lorenzo’s body seemed to melt into mine. “My love,” he moaned as he took hold of my hand.

I closed my eyes, lost in the throes of passion. I could see a memory that was not my own: light snow drifting through the starry night sky. A smile crept across my face. “Do you remember when we hitchhiked to Reno?

Lorenzo laughed, taking a deep soothing breath. “You won so much at the slots, the casino comped our room.”

“I called you my four-leaf clover.”

“And we made love all night long.”

My legs trembled as I climaxed. “You were my everything.”

Cupping my face in his hands, Lorenzo turned to kiss me. “I miss you, Gianni.”

After a few months, my cancer was in remission. I stayed in touch until Lorenzo eventually passed on.