Back to Target. I’ll get to the point. A co-worker is dying. I’ll call him Warrior because that was who he was to me.  Warrior was the fifth janitor hired when the store first opened. I remember the first day we met. HR secretary asked if I wanted to train him. All I could think of was- 1. I had never trained anyone. In fact, I had not gone through training myself. It was just told to show up and Queen-B, the first janitor hired (I was the 2nd) would tell me what to do.

And 2- He reminded me of my father.

Over the years we struggled with the way our department was handled. The way they cut our hours while adding extra tasks that we were expected to get done. And if they didn’t get done they rolled over to the next day. This was constantly an issue because janitors are expected to keep carts inside at all times. Like we’re magical cart elves and can pull them in from the parking lot with the wave of our magic wand.

When Queen-B left all of her morning shifts went to Warrior. And he was not happy. That was when I learned he and his wife lived in a house with ten other people and that house was 2 hours away- by bus. While I lived across the street, with a 5-minute commute. He fought to give me the morning shifts. Which was simple, since the only reason he was getting them was that the managers loved him. Unlike me, he never showed any frustration. We would talk about it among ourselves, and the other janitors, trying to find a way to keep our heads above water. But when he was at work he simply soldiered on.

His wife worked as a caretaker for elderly and disabled people.  She would come to their homes for a few hours a day. I knew this because other co-workers would often ask if she had space in her schedule to take on new clients. One day Warrior told me their combined income was only 15,000 a year.

That was why when he got the highest raise out of all the janitors I was so happy for him. He deserved it.  But he needed more hours. So he transferred. He was still a janitor but he was also a cashier and he took a spot in the very understaffed grocery department.

We drifted apart. A few months ago I was, once again, struggling to keep the carts indoors. He was on a register so they told him to help me. I finished what I was working on then joined him. I tried to thank him. “I got stuck in the back. The compactor was giving me issues, I had to get it unclogged.”

“You just do whatever you want,” he said coldly. That was when I knew we were no longer friends. The last time I gave him a birthday gift I learned he was 55. So I guess now he’s 57. If he can beat stage 4 lung cancer next year he’ll be 58.

A few days ago I learned that several groups of co-workers have visited him. The names were people who I knew loved him. The people he spoke to in his native Tagalog. HR, of course, had started a card. I went to look, hoping that when I saw what other people had written I would know what to say. That was not the case.

All I saw was “We miss you” and “Get well soon.” There were a few deeply meaningful ones and those made me even more unsure since those people were people he actually would want to hear from. So after much soul searching this is what I wrote.

Right now it’s probably difficult for you to find strength. But to me, you’ve always been so strong. T-2768 send you all of our love. And sometimes love can create miracles.

This idea reminded me of an excerpt from my novel where a character is brought back from the brink of death by the power of love. I want that to be the case. I want the power of all of my store’s love, from the managers to the cleaning crew, to save him. I want Warrior to have his miracle.

Because if anyone deserves one it’s him.

My idea was simple, there were seven major chakra points and Diego had seven people in his life. Diego lay in bed with his chest exposed. My plan was for Johnny to tattoo Diego’s sternum, a pattern that would unite the two images on his chest into one cohesive piece. They settled on a sacred heart; a heart with a cross and a candle flame. The way Johnny sketched out the design, the flames would go up Diego’s chest, across his collarbone partially framing the portraits on his pectorals.

Remy lit the first incense stick handing it to me. I walked around Diego’s bed, gently waving the stick. I couldn’t place the scent, maybe Patchouli. “The root chakra is the center of strength. You have always been so strong. You were strong for the men and woman under your command. You were strong for your son when he needed you the most. And you were strong for Jen. Even when it seemed like you weren’t. Your life has been kind of like the story of the tree who gave away parts of its body until there was nothing left. And then your wife came along and tried to pour stump remover over what little remained. We are gathered here to lend you our strength. Offer a positive affirmation.” I placed the incense stick in the holder on the bedside table. “Mr. Quinto, you are a survivor. No matter how much the world tries to take from you, you will always persevere like the soldier that you are.”

“Thank you, Sean, that means so much.”

Remy wore a tank top that showed off his muscles but also allowed him skin to skin contact. He lit the next incense. The smell was sweet like orange and clove. Remy took a seat next to Diego. He took his lover’s hand placing it against his chest, allowing Diego to feel the rhythm of his breath. “I’m going to try and keep myself in check for the sake of the little one.”

That got a laugh from everyone present.

“You are the most beautiful person I have ever had the privilege of knowing. You are a selfless lover, companion, and friend. The sacral chakra is all about emotions; sexuality, happiness, compassion. Everything Suzanna tried to take away from you. So with that in mind, my words to you are- you are safe, you are loved, you are home.” Remy placed his incense stick in the holder next to the first. The scents blended together into a soothing aroma.

Remy handed Jen the next stick and lit it for her.“Next is solar plexus, the only chakra that doesn’t end in chakra, kind of ironic when you think about it.”

“This chakra is about acceptance, living a life that is true to who you are. So much like how solar plexus will always be a chakra, you will always be my father. I accept you for who you are. I want you to have the courage to accept yourself and live your life in a way that makes you happy.” Jen put the stick in the holder and took a seat by her father’s side.

My mother had been holding Shauna. She handed her to me while Remy lit the next stick. I held Shauna with one arm while holding the stick with the other. “What does the stick smell like?” I asked my daughter. 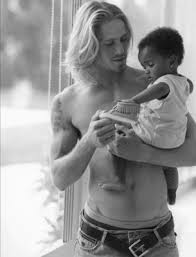 “Flowers!” she said, reaching for the stick.

“No, too hot. Daddy is going to hold the stick while you say something to grandpa.”

Shauna gave me a confused look.

“This stick is used to help to focus grandpa’s heart chakra,” I explained.

“That’s right, sweetheart.” I moved in closer to give Shauna a better look at Johnny’s work. “This is your Grandpa’s heart and the fire is all of the love that’s inside of him spreading throughout his body.” I looked to Jen. “Because love is magical, love can heal.”

I could feel Shauna reaching for Diego’s arm. “Mama loves, you daddy, loves you, auntie and uncle love you. But I love you more. You’re MY Grandpa.”

I wiped tears from my eyes as I placed the stick into the holder. Next was my mother. She fiddled with her incense, drawing little circles of scented smoke.

“I don’t know much about this chakra stuff, but the throat chakra is about self-expression. I remember the day we first met, with your confident suave salesman persona you could talk your way out of a sinkhole. I hope to meet that man again.” She placed her incense in the holder. 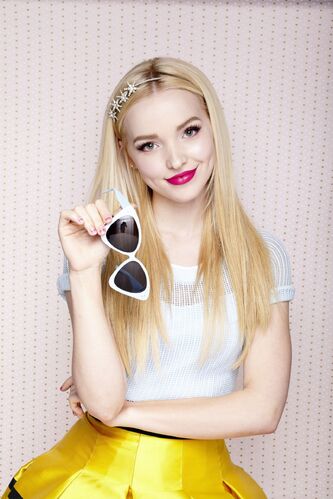 Johnny turned off his tattoo machine. “It’s done.” He took off his gloves and then ran his fingers through his hair. Remy lit the final incense stick handing it to Johnny. “The crown chakra represents completion. Diego, you have lived such a full life.  If you need to go into the light we will all be by your side offering you our strength the same as we are right now.”

2 thoughts on “Thoughts and prayers”