My short story Mystic Force was published as part of Unearthly Delights: Tales of Paranormal Desire-

I asked one of the other writers, how do we know if we had any sales?

Oh, we had sales. You can see the book rank history in- Sales Rank Express. It also shows sales estimates, but they are confounded by two factors:

– Two sales close together are counted as one, because the SRE algorithm can only see the rank jump

Mystic Force is the story of Sunny, a twenty-one-year-old girl from a small town in Wisconsin, with a unique ability. She can heal people with her touch. Her skill comes in handy when she finds a mysterious truck with a dying man lying in the back. Upon saving his life the man known as Jahil reveals his ancient power and declares his love for her. But what comes with having a relationship with a fire-wielding auto mechanic is Austin: the eighteen-year-old son of Jahil’s late wife.

When, despite his electric powers, Austin becomes the victim of a brutal hate crime. Sunny knows it’s time to take action. With Tony, Sunny’s street-smart ex-boyfriend added to the mix. Sunny and her Mystic Force is a superhero team ready to take on the Midwest.

My father had always stopped to assist stranded motorists. Even though it was probably a safer practice for him than for me, on that fateful day when I saw the abandoned truck, I felt the need to pull over. There was no one in the cab, so I walked around the back. “Hello?”

The voice came from the truck bed. A Hispanic man lay under a thin
blanket, shivering in the triple-digit heat. He needed water. I got the bottle from my minivan and held it to his dry, cracked lips. “Here sir, have some water.”

The man struggled to swallow. The way his throat contorted, it was as if he was
swallowing a mouthful of thumbtacks. I stroked my fingers over his throat. My powers soothed away any tension. “Let’s try that again.” I made him sip more water until the bottle was empty.

When he opened his eyes, they were pale and milky. He reached out. “May I touch your face?”

I gripped his hand; his fingers were freezing cold. “Why are you out here? Are you
alone? I can get you to a hospital.”

“My son,” he said, his voice barely a whisper. “He went into town for food and
medicine.”

“Why didn’t he take you with him?”

“Can’t walk. Fever. The pain in my head has become unbearable.”

“Let me take you to a hospital.”

He shook his head. “My son wouldn’t abandon me.”

Jahil smiled. “Is that because you sparkle like the sunrise?”

Can he sense my powers? In the past, the people I healed simply experienced a sense of relief from their pain or discomfort. The only other person to describe the tactile feeling of my powers was my father. “Little Sunny with her little sparkles,” as he liked to say. I caressed Jahil’s rough, unshaven face. The man was clearly very sick. I needed to do whatever I could to ease his pain. “Would it be alright if I held you?” 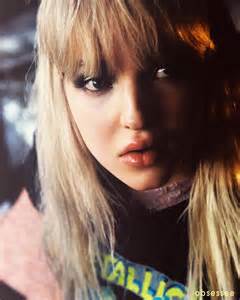 Using my healing energy, I stroked his face over and over until he fell asleep. Then, moving my hands under the blanket, I touched the bare skin of his back, focusing on his organs. His heart was beating slowly and his lungs were struggling. I fell asleep in Jahil’s arms and awoke hours later to the sound of someone pounding on the truck.

“Who’s in there?” It was a younger Hispanic man, possibly the same age as me. “I see
your car!”

Jahil held me close and kissed my forehead. “Sunny, you must flee.”