In my family religion skips a generation. My Catholic grandmother went to church but my father was so against religion he forbade me from owning an ouija board and my sister from receiving a voodoo doll (a gag gift, given to her after a high school break-up.)

So growing up I was forced to try to find my own path. As a kid, I remember talking to God like an imaginary friend. There was never any doubt in my mind. A higher power existed.

https://beautybeyondbones.com/ Recently posted, in response to the Las Vegas shooting, a post that basically read- guns don’t kill people, people kill people. A few days later she created another post about the EPIC level of hate comments she received.

When it comes to gun legislation- I think the government needs to back off. Stop with all the- “Maybe make people wait an extra day to be able to buy a gun… maybe not sell armor piercing bullets…maybe make people undergo a mental health evaluation…” At the end of the day, if someone wants a gun, they will find a way to get a gun.

It’s the whole mentality of “One person did a bad thing, how can we make sure this never happens again?”- we can’t!

At work, we received a shipment of cupholders to attach to carts – CUP HOLDERS, not even actual cups. they were engraved with the words, “Caution drink may be hot.”

WTF? It also may be cold. I mean seriously?

The TV show Superstore (season 3 episode 2) had a character who was suffering from anxiety following a tornado. The comical boss could only locate information on workplace shootings so his speech was,”If you are hearing this your workplace has survived a …tornado, this is a very touchy subject because while this a tragic even we want to respect the right of individuals to own… tornados.”

That is what I feel about mass shootings, they’re like tornados. You can be prepared but you can’t actually prevent one from happening.

I want to post a passage from my novel about a struggle with faith but also gun violence. In relation to suicide. Cause, yeah- guns don’t kill people. People kill people, especially when it comes to suicide.

Johnny looked distraught. “Diego is in Kentucky- you cannot tell Sara this, it would destroy her.”

“What happened in Kentucky?” I asked.

“There is no mandatory waiting period for buying a gun in Kentucky. But before you ask, no he’s not dead.”

“Diego had to meet with a client in Kentucky about procuring land from another client in West Virginia. He told me he had been out shopping at the local mall and he knew he had to buy something for his wife. So he bought her a $800 bracelet, then almost immediately he felt the need to buy a gun. He returned to his hotel room intent on ending his life.  He dialed my number. And he said to me, ‘Johnny as a fellow Catholic I need to tell you I wish to end my life.’”

“Why didn’t he call Sara?” I asked. Based on the stories she told, my sister was great at talking him down.

“Would you have preferred he call Sara?” Johnny shouted. He took a few breaths to regain his composure. “Sorry, I know what you meant. But Sara is good at calming him down when she able to hold him, to touch him, to ground him in reality. To hear her voice it might have set off an episode. When he served in Africa there was a lot of sex trafficking. The unit he was assigned to, primarily escorted food and medical supplies but they also took down more than a few prostitution rings. Anyway, back to Kentucky. I told him suicide was a sin and then there was the matter of Jen and the-”

Johnny didn’t get a chance to answer. The ghost of Cam was staring daggers at him.

“It was nothing-nothing, I misspoke. The whole incident has me a little shaken. There was a gunshot and the line went dead. I knew what city he was in so I called the police and then I prayed that someone closer to the scene did the same.” Johnny put down his pencil, for him to be too distraught to draw was painful to watch.

That was when Cam spoke up. “My father dialed 911 after he shot himself in the stomach.”

I sat back down.

“He told the ER nurse he wanted to die if they released him he was genuinely afraid he would harm himself or others. With his documented history of PTSD, this was a no-brainer. The law in Kentucky is for a seventy-two-hour hold. But during the first twelve hours guess who was notified of his whereabouts because she is listed as his emergency contact- MY MOTHER!” Cam’s energy shook the van. “She flew in the next day and spent the remainder of the hold trying to convince the mental health doctor that the whole situation was a big misunderstanding. Clearly, my father, a decorated military veteran, had accidentally discharged the weapon and with his PTSD its possible his mind became confused and saw the situation as something it was not.” The ground itself was starting to shake. “Because God forbid any of her clients or socialite friends find out her husband tried to commit suicide!”

Johnny reached out his hand, he closed his eyes. “Cam, please calm down, we’re all pretty upset.”

“You’re upset? When asked about the severity of his PTSD she said that it was mainly stress related, easily controlled via his medications. My mother claimed she always wanted him to start seeing a psychiatrist, maybe this incident will be just the inspiration he needs. They released him to her with a perception for benzodiazepine- for the anxiety! My father didn’t bother to mention the fact that the reason he does not see a psychiatrist is that my mother is ‘not comfortable’ with him talking to a psychiatrist, or anyone for that matter, without her present.” Cam crossed his arms and shook his head the vibrations finally ceased. “I’m sorry the whole situation just makes me sick.”

“So Diego is not currently in Kentucky?” I asked.

“No, my father is at home apologizing to my mother for humiliating her with his unacceptable behavior.”

“Sean, Cam,” Johnny said, “I need you both to know what I said to Diego, what I am sure caused him to not put the gun in his mouth. I told him to think back to all of the people he saved, the people living in poverty, dying of starvation. He has seen things. He has survived situations I would not wish on my worst enemy. You know the term ‘solider on.’

“Yeah,” I shrugged. “Keep moving forward, no matter how tough the situation.”

“I guess that’s why in a way I’m not worried, even when Sara goes out to California, he’ll be ok.” Johnny was fidgeting with his cigarettes.

I balled up my fist and punched Johnny square in the groin. “Johnny you’ve just seen what Cam can do, please choose your words wisely.”

Johnny gasped for air. “Sean, with you and Sara about to start your lives in California, you would be wise to learn from Diego. He shot himself in the stomach because he was trying to seek help. Grant it, this time it didn’t work. But I believe in my heart we were not put on this earth to suffer, mankind was made in God’s image because he wants all of his children to succeed.”

Cam’s eyes were glowing. “Raise your hand if you spent your entire childhood in hospitals?”

I raised my hand with a balled up fist.

Cam continued, “Johnny I see your hand is not raised. Were you ever gang raped, or did someone you love ever suffer so badly they felt like they wanted to tear their skin off just to reclaim their body! No?- Sean, if you please.”

“No problem.” I punched Johnny hard in the stomach.

Cam moved in front of Johnny’s slouched over body. “What about nightmares? I know you see your share of ghosts, but you’ve only worked at the hospital for two years! How many people have you watched die? Speaking of watching people die for a living- Did my father go to war with teddy bears and unicorns? Did his men get attacked by people who just couldn’t wait to share the food and supplies that the United States so graciously gifted to them?”

I realized why Cam was so upset. Johnny’s advice to Diego could have gone horribly wrong.

“You told him to pictures the faces of the people he saved. Really? Like the little girl whose mother was burned alive. Maybe the Red Cross will have enough space in their tent for her emaciated little body. Or maybe they won’t. What about the teenage girl who was hiding in the pile of bodies, because she just saw her father get beheaded?  Because all of the innocents; orphans, the teenage prostitutes, the men woman and children forced into the drug trade- they all get their happy endings. RIGHT JOHNNY! ” 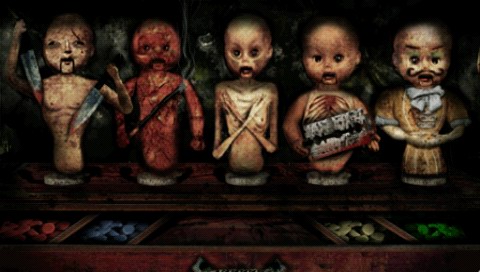 I punched Johnny in the face so hard my hand was throbbing.

Cam’s knelt down to Johnny’s level. “Did it ever occur to you- What if your words reminded him of all of the people who didn’t make it back to their families, such as Lance Corporal Justin Miller, the reason my father was awarded a bronze star.”

Johnny covered his eyes as he started to cry. “Your father shielded a man who had been shot in the stomach. God forgive me, I fucked up so bad.”

“Peter 2:4 For God did not spare even the angels who sinned. He threw them into hell, in gloomy pits of darkness, where they are being held until the day of judgment.”

He sent from on high, He took me; He drew me out of many waters.

He delivered me from my strong enemy, from those who hated me, for they were too strong for me.

They confronted me in the day of my calamity, but the LORD was my support.”

I shook my head, this was getting ridiculous. “Do you enjoy being punched?”

I stood up with my crutches. “Please continue.”

“With how badly Sean’s punches hurt can you imagine what Sara, your girlfriend,  would have done to you? Believing in God is not a bad thing but using it as a primary means to comfort someone is not always logical. Use some common sense! I know he asked for your help as a Catholic- I get that. But had he called Sara instead, even if he asked for her advice as a believer-  that wouldn’t have been her starting point. Sara would have told him how much he meant to her, how valuable he was as a friend, a human being. She would talk to him about Math and science or Jen, or maybe even my grandmother she would talk to him about specific topics, times in his life when he was truly happy. She would talk until he realized that he wanted to live. Until she could be certain he put the gun away and did not inflict on himself the same injury that took the life of a fellow comrade. That is free will- that was God’s gift to us: something more than living our lives by the words of scripture.”

“I understand,” Johnny said through tears as he wiped the blood from his mouth.

“I’m glad, Sean, if you please when you go inside to get some ice for your hand, bring some out for Johnny as well.” Cam chuckled.