Guess who got out of jury duty?

I’m happy yet not. I knew after the first day the clerk was reading off a list and my name, with how I answered the questions, would be near the bottom. So I went to google. (I am aware what I did was wrong and in the event, I was called there was no way I could legally sit on a jury to save the defendant- but all of that is moot.) This is the story of Eric Jordon.

Eric Jordan, 38, and Gary Jones, 18, were arrested following the shooting of 57-year-old Dennis Wayne Dixon inside Dixon’s home in the 2000 block of Palou Avenue on the night of Sept. 14. 2010. One month later, Marlena Waters, 25 was arrested, she was accused of being the mastermind behind the attack.

Eric Jordon, 45, is on trial for the murder of Dennis Wayne Dixon. – Why? Because there is a mysterious witness. As the questionnaire read, “During this trial, there will be a witness who played a role in the alleged crime, what are your feelings on that?”

I wrote “My feelings?– someone cut a deal.”- Probably why I never made it to the jury box.

I left the courtroom feeling pissed. Eric Jordon is a victim. There is no doubt in my mind he is going to be forced to take a plea deal. Now I did my research after the Judge read the witness list and for the life me I cannot remember which name I heard. If Gary Jones is the mystery witness he’ll try to say, Eric Jordon was the shooter not him. But if it’s Marlena Waters- that idea pisses me off so much more.

Why? Women can be manipulative. We can control your emotions. We can make men out to look like the aggressor in situations where they are not.

As a society is it so difficult for us to recognize men as victims when the aggressor is a female. I think this issue is seared in my mind because I am currently working on a rewrite of my book which features a male victim of domestic abuse.

I’m currently working with an editor and her advice was :

-The character is already a very kind man, take it to the extreme. He has nothing bad to say about anyone, especially female characters.

-He is isolated, but he feels like he deserves to be.

-Give more backstory to his mistakes. Guilt is a strong motivator – what did he do in his past that makes him feel like he deserves his current lot in life?

The following is a passage from my rewrite: (My narrator is in a coma wandering the hospital, the abuse victim is his girlfriend’s father.)

Sara turned the corner and suddenly ran straight into Diego. The man nearly collapsed, catching himself with his cane. She threw her arms around her mentor, “Diego, I haven’t heard from you in weeks! Did you get my email? I got into Texas A&M!”

“I’ve been out of the state, traveling, for work.” The man appeared visibly shaken.

“I should go.” Diego was about to push past her. “Congratulations, I very proud of you.”

Sara grabbed his wrist. “Are you here to see Sean? How did you find out about the accident?”

“I heard on the news, but I know it wasn’t an accident. I know how much Sean loved my daughter. When Jen broke off their relationship, I know she thought she was doing right by him. But it was only a matter of time before his grief took over.”

“Did you run into my mom?” Sara asked. Even after all he had done for me, Jen and especially my sister- my mother’s awful opinion of him still remained.

Diego nodded. “This is entirely my fault. I shouldn’t have sent my daughter away.”

“What happened with my mom?” Sara asked.

“I had been at home, watching the news and I heard the reporter say, ‘Local athlete Sean Foster has been rushed to the hospital following a collision.’ I got in my car and I just drove.” When I got here I ran into your mother.”Diego looked away, fidgeting with his cane. What she said to me was completely justified.”

“You could probably figure out on your own what your mother said to me: ‘How dare you show your face here? If you and your wife were tired of feeding and clothing the child you brought into this world for spare parts, I would have gladly taken her in’- excreta- things along those lines.”

He was speaking quickly as if trying to downplay the emotional nature of the situation and my mother’s fury.

“I’m so sorry.” Diego touched his cheekbone, his fingers resting below his eye.

Sara touched the man’s face. “D-Did she hurt you?”

“She may have stuck me in the face, but like I said I deserved it. She assumed the reason I sent Jen away was that I was ashamed I didn’t stop my wife from accepting the money from Nathan Cross in exchange for dropping the rape allegations- In truth, even after all of this time, I am still very ashamed.”

“You were in Wyoming, Richard’s father conned Suzanna!”

“I know that and you know that, but your mother…she said, ‘If you couldn’t live with yourself you would have been better off putting a gun your mouth.’” Diego sat down on a nearby bench. He leaned forward with his arms crossed over his chest. “She’s absolutely correct. I failed my family.”

Sara sat next to him. “She had no right! My mother has no idea what you have been through! Especially after what happened two years ago…”

What happened two years ago?

“After one of your PTSD episodes, you awoke in a pool of blood, with a knife in your hand. You were so afraid you had hurt your wife or, God forbid, your daughter. When you tried to stand you realized you had cut open your own leg. You told me you were so relieved, you laid back down until you lost consciousness. I know you told me that story, to illustrate how bad your condition could get, but to me, that story shows how much you love and value your family.”

“It’s ok, Sara, I hold no ill will. You mother is a widow, your father was a much stronger man than I am. I understand her anger and frustration.”

“She had no right to hurt you!”

I felt things were getting a little heated, as if Sara was moments away from kissing Diego, giving in to carnal instincts if only to save him from the A-class bitch that is Suzanna.

Diego nodded. “I should get back to my wife.”

“Why?” Sara cried. “You don’t have to go back to her! I mean I know you’re Catholic, but the way she treats you. When was the last time she showed you any kind of affection?”

Diego lowered his eyes. “After Jen left I started drinking. Whenever I looked in the garage and saw her car I was reminded of how weak I was. A few weeks after Jen had been forced onto a plane to Seattle I suffered a life-threatening incident. I had been sleeping on the couch ever since she left. But that night I had been very sick. During a recent trip to Idaho, I had contracted Whooping cough. So, in addition, my pain medicine I also took antibiotics, some expired codeine and chased it all down with scotch. I had fallen asleep only to be awoken by horrific throbbing sensation in my chest as if someone was crushing my heart. I cried out for Suzanna, genuinely afraid for my life.”

Something is not right.

“I understood why she never wanted to stay with me, why she’s so distant and cold. But that evening she rushed to my side. I had gone into cardiac arrest. Hours later I awoke in a hospital bed with my wife sleeping on my shoulder, holding my hand.”

I’m not buying this.

“Suzanna made a promise to treat me better. To travel with me, care for me.” Diego looked turned to Sara. “I truly consider you a friend, so I hope you can understand my dilemma. I already lost Jen. I need to focus on the people I can still help.”

I placed my hand over Diego’s. His hands had always trembled but I could feel something different. As my hand passed through his body I could feel him shivering- I could feel the truth.

Sara, Everything he just told you was a lie! If you care about Diego at all you will not let him go home to that woman!

Sara couldn’t hear me. She turned away from Diego. “You have to go back because your wife is hurting. And she needs you.”

Diego nodded. “I know you admire me for my accomplishments, but you never inquired as to how I ended up in North Dakota selling farmland.”

“You had to leave the service to fight for Cam,” Sara said. Did Diego really not remember telling her? “Otherwise you would have been a teacher.”

“I could have gotten a job that made use of my degree; I could have changed the world. But when …”

“When your wife tried to have your son declared mentally incompetent…” 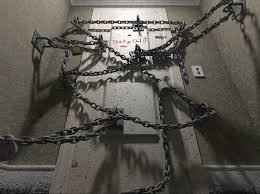 “She did what she felt she had to do. She loved him too much to let him die.”

“You abandoned your dreams and ambitions to fight for your son’s right to end his pain.” As Sara gripped his hand Diego recoiled.

Sara, he can’t close his hand. Suzanna broke his hand!

But there was no swelling. Meaning if she broke his hand the incident happened fairly recently.

A mysterious ghostly, voice whispered, “Have you put together the pieces?”

I nodded. “Suzanna tried to stop him from visiting me. She didn’t want him to find Sara because my sister represented hope. Is it a little twisted that part of me hopes she can save him?”

The voice laughed. “Your wording is not at all twisted, but your intentions- I believe Sara would be better off falling in love with someone closer to her own age. Then again I was around your age when I died.” 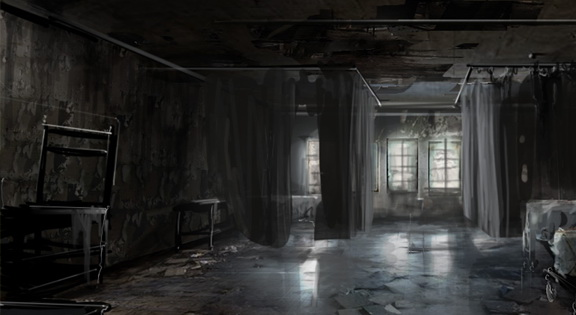 Diego caressed Sara’s hand. “I pray you never have to choose between someone you love and someone who needs you.”

“I know you told me that you married Suzanna because you got her knocked up. That’s noble and all, but is there anything redeeming about her? What was she like before Cam got sick?”

“Suzie was a sweet girl, funny and smart. She was a microbiology major, my little science nerd. We had so much in common we could talk for hours. ” Diego smiled at Sara. “She was a lot like you.”

The cover image is an old fan art about the video game Silent Hill 4: The room which deals with a man who was abused as a child.

If you want to learn more about the Eric Jordon case please visit these links.